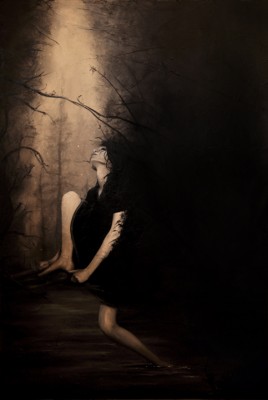 KLP Fine Arts, an independent artist in Bailey, Colorado, has announced that she is donating 30% of all sales proceeds from now through Dec. 31, 2013 to our sister foundation, Framehouse Outreach Foundation! You can purchase her beautiful art in a variety of mediums, such as oil paintings and Giclee Prints, through the eBay Giving Works program by visiting the KLPFineArt’s eBay page…… acquire incredible art and support our charity at the same time!  What could be more beautiful than that?! Visit http://www.klpfineart.com/ for more information on this artist. 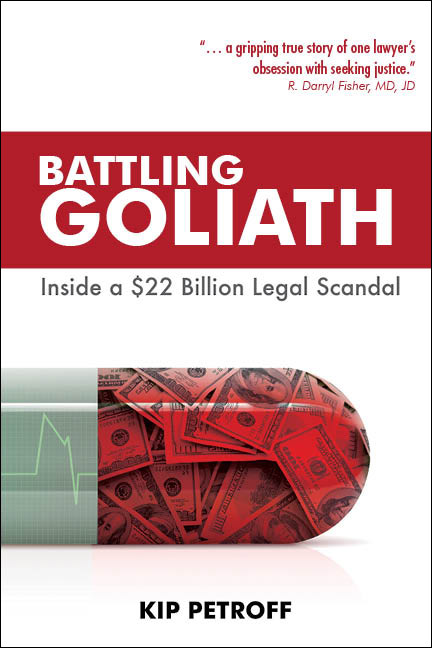 Founders Kip Petroff and Suzi Zimmerman Petroff are donating all revenue from sales of their book Battling Goliath: Inside a $22 Billion Legal Scandal to New Hope Foundation. A plaintiff’s attorney, Kip Petroff was at the forefront of the historic fen-phen litigation. Battling Goliath is the inspirational true story of Petroff’s quest to bring justice to the six million individuals who trusted the pharmaceutical company responsible for the dangerous diet drug. Learn more about Battling Goliath: Inside a $22 Billion Legal Scandal at www.BattlingGoliath.com. BATTLING GOLIATH: Inside a $22 Billion Legal Scandal 100% of the authors’ revenue from sales of the book are given to New Hope Foundation!       Please check our website frequently to learn about our other on-going fundraising initiatives.

“Have you ever taken fen-phen?” While it may seem like a story from last decade, this is a question surgical patients must still sometimes answer on their pre-op paperwork, because yesterday’s news is still today’s heartache. Six million unsuspecting Americans took this “magic” diet drug pill combo in the 1990s. Almost half a million got sick – or worse. The fallout from drug company malfeasance continues. “Battling Goliath: Inside a $22 Billion Legal Scandal” is a tell-all book by Kip Petroff, a gutsy Texas attorney who spent more than a decade fighting Wyeth Ayerst Pharmaceuticals and its lawyers on behalf of thousands of victims. READ THE FULL ARTICLE or CLICK HERE FOR PDF FILE

Written by Candy Evans on December 2, 2011 Back room pacts, allegations, deceit, and basically screwing over thousands of people who had faith in the system? Are we talking about mortgages, the big banks again and their bailout? No, now we are talking about Dallas lawyer Kip Petroff of Petroff & Associates and his compelling story of how he held a corporate giant accountable for the blind greed that put six million lives at risk. READ THE FULL ARTICLE AT CANDYSDIRT.COM or CLICK HERE FOR PDF FILE

News Article: Fen-phen legal pugilist pays it forward Cheryl Hall Published: 19 November 2011 08:01 PM Dallas Morning News Kip Petroff wrote a tell-all book to keep from reaching for his nightly bottle of Grey Goose vodka. The founder and senior partner of Petroff & Associates LLP made a fortune leading the legal attack against Wyeth-Ayerst Laboratories, the makers of diet drugs Pondimin and Redux (a.k.a. fen-phen). Petroff filed the nation’s first fen-phen personal injury lawsuit in the late 1990s. But a decade of threats of both professional and financial annihilation – the kind of heavy-handed corporate intrigue and deceit befitting a John Grisham tale – took a severe personal toll. Every evening, Petroff stewed alone at home, swigging down vodka and sometimes blacking out. “As fen-phen spun out of control, so did my drinking,” says Petroff, who went to his first Alcoholics Anonymous meeting on Jan. 24, 2007. To fill the void at 5 o’clock, which had been his nightly happy hour, Petroff began writing his fen-phen memoirs – as therapy and payback. Now he’s using the book to pay it forward. The 53-year-old plaintiff attorney is donating all the proceeds from his self-published Battling Goliath: Inside a $22 Billion Legal Scandal to fund programs at New Hope Foundation, a nonprofit group that helps unemployed people in one of Dallas’ most impoverished neighborhoods finish high school and find work. Petroff formed New Hope Foundation in late 2007. “When you’re praying to God, ‘Get me out of this, and I’ll never do wrong again,’ and he does, you can’t then say, ‘Well, I didn’t need you after all,’” he says. READ THE FULL ARTICLE AT DALLASNEWS.COM or CLICK HERE FOR PDF FILE

CEO BOOKSHELF Written by Glenn Hunter November 2011 issue of D CEO Any CEO whose company has been a litigation target would do well to read this account of attorney Kip Petroff’s 14-year-long crusade against Wyeth and American Home Products, makers of the fen-phen “miracle drug cocktail” for overweight people. Petroff, founder and senior partner of Dallas-based Petroff & Associates, says he’s been suing big companies on behalf of consumers for a quarter-century. But this case has obviously been his biggest. VIEW THIS ISSUE OF D CEO AT DMAGAZINE.COM or CLICK HERE FOR PDF FILE

New Hope Foundation is a tax exempt 501 (c)(3) private charitable foundation.
Your donations are fully tax deductible under Sections 2055, 2106, and 2522 of the US Internal Revenue Code. | Privacy Policy